We’ve just designed the British Library’s summer show ‘Writing, Making Your Mark’ with Skellon Studio. The show chronicles the story behind one of humankind’s greatest achievements, through more than 100 objects spanning 5,000 years and seven continents. The idea for the design came about through playing about in the studio with folded paper and resulted in a folded scroll that acts as a thread though the entire show. Panels were made from folded ‘slices’ of the scroll, leaving a coloured rebate and hanging section titles were made from lasercut illuminated acrylic. 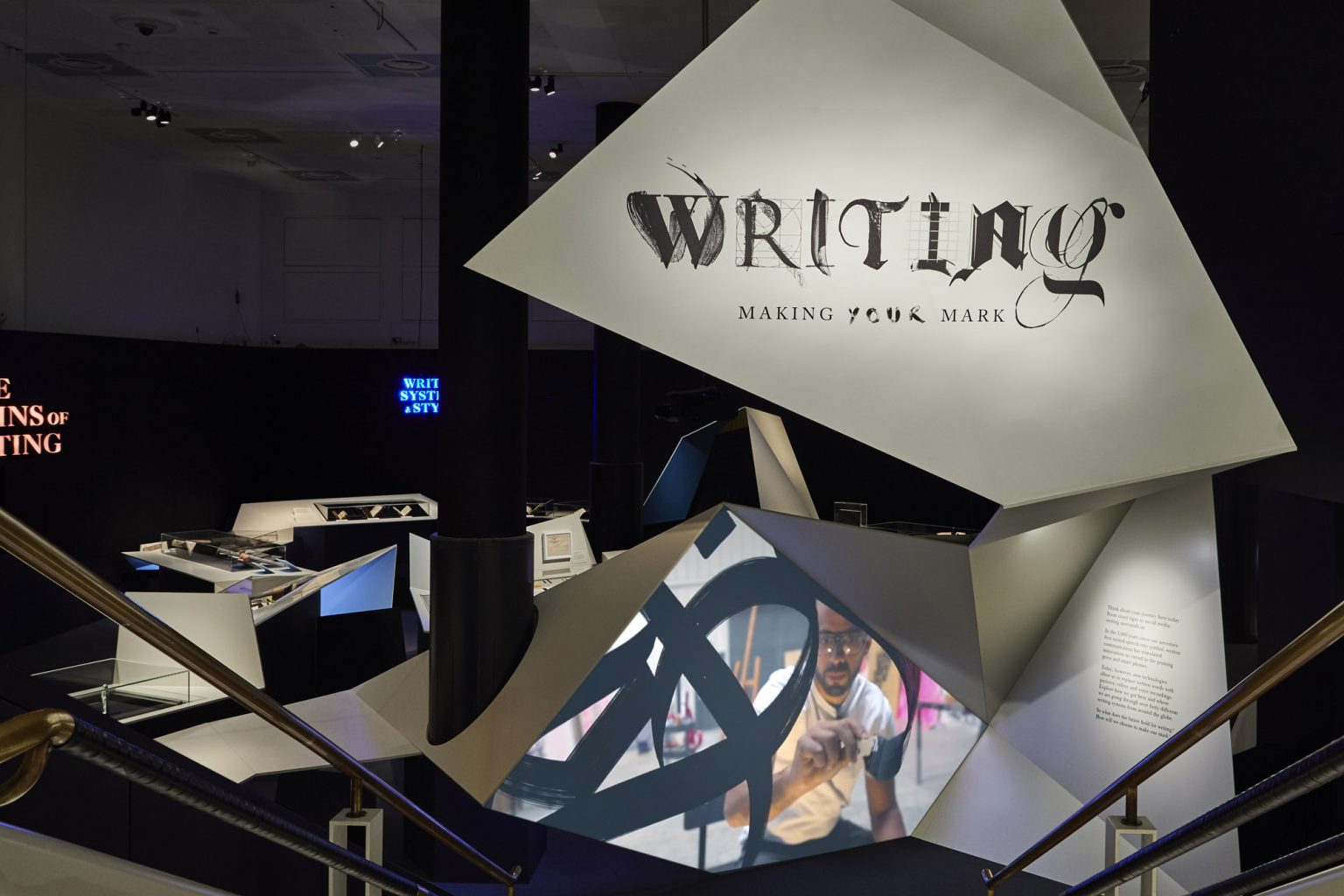 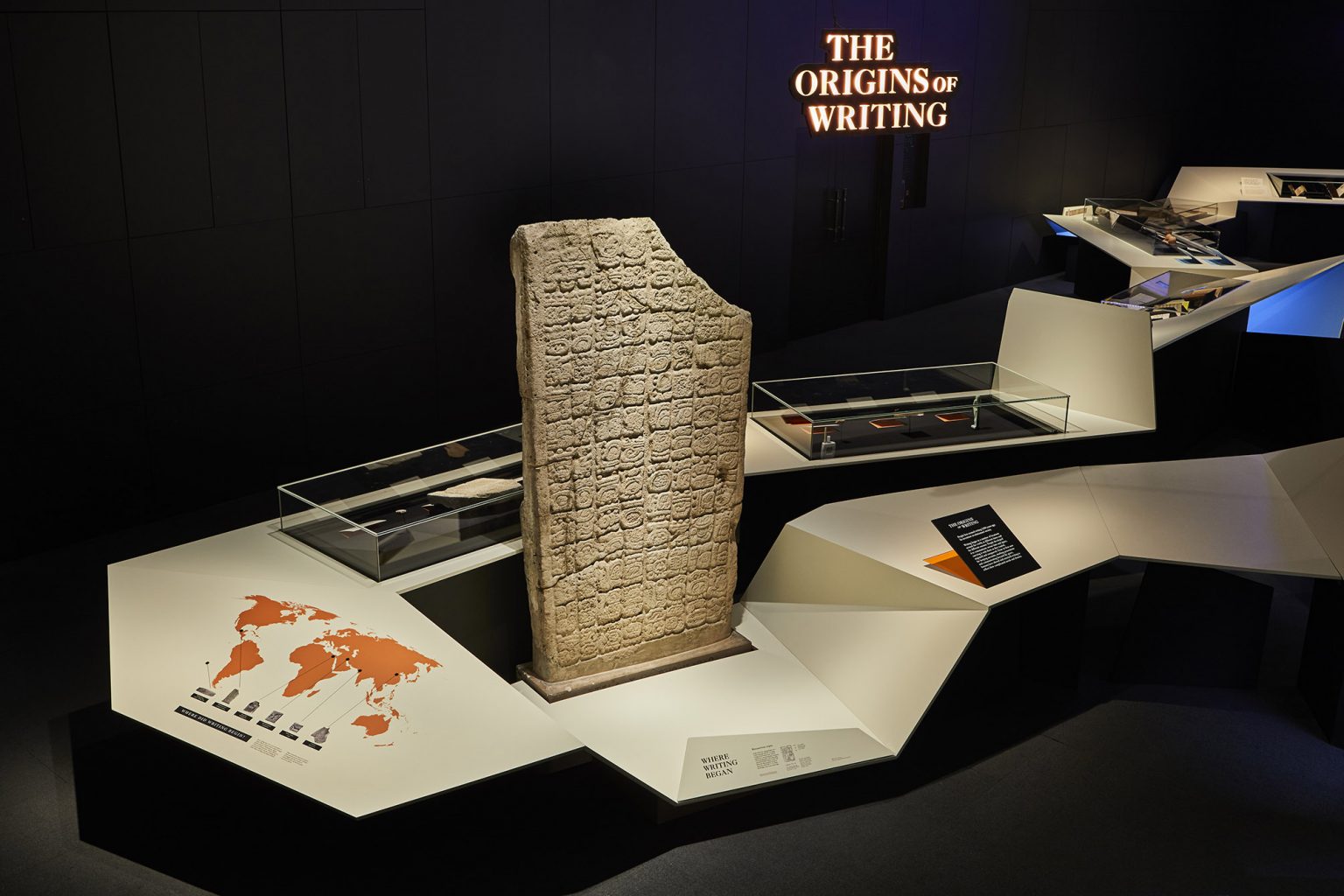 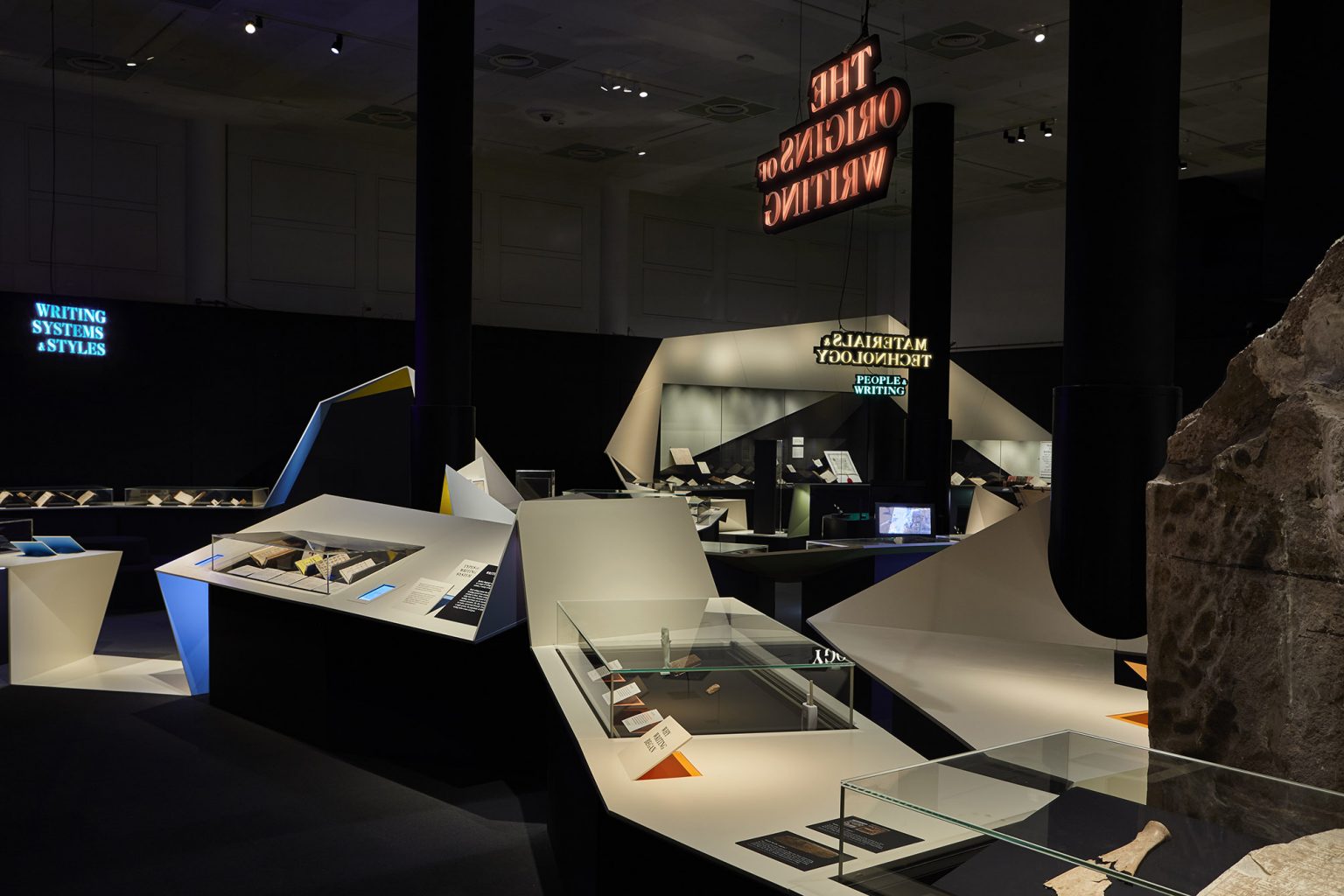 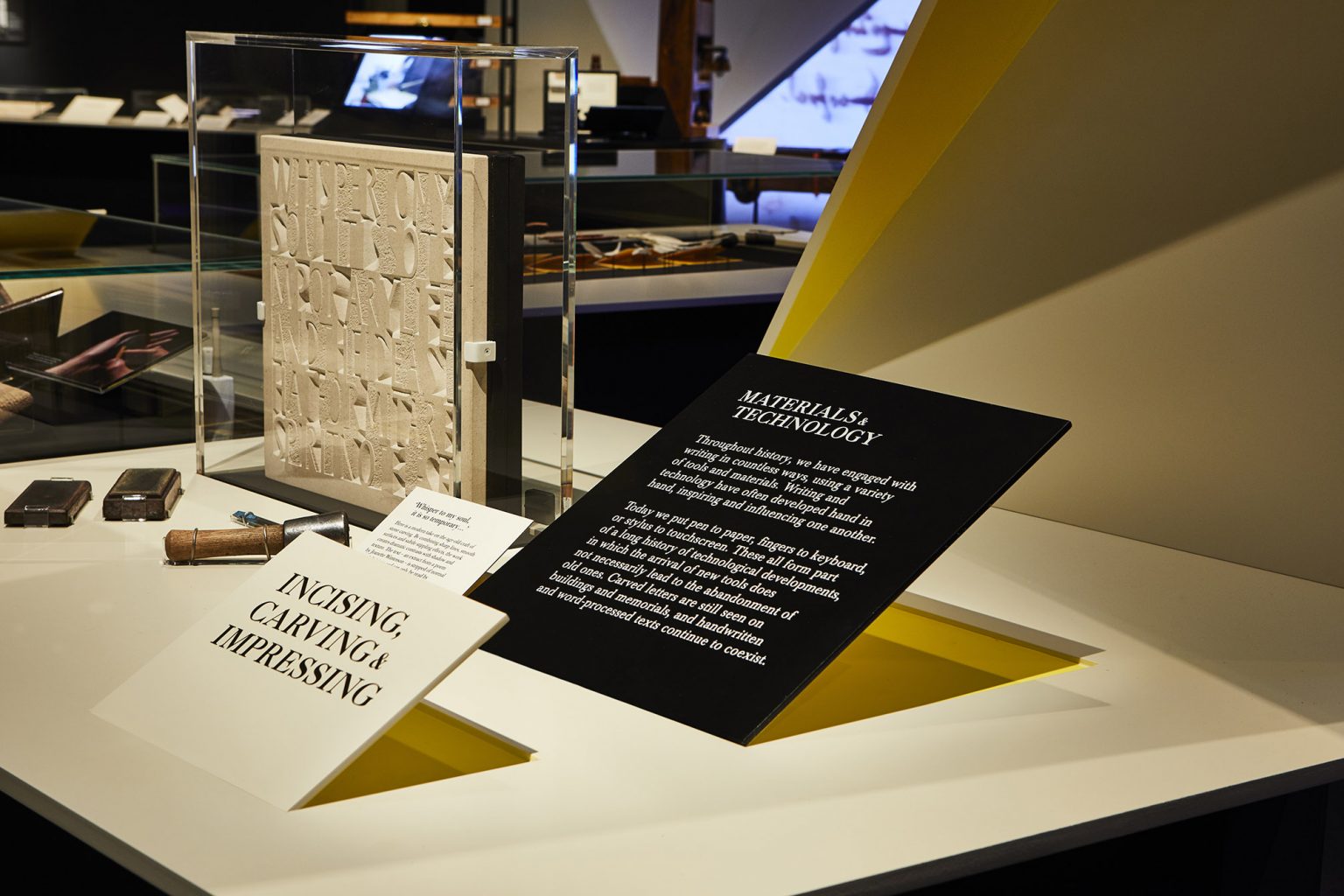 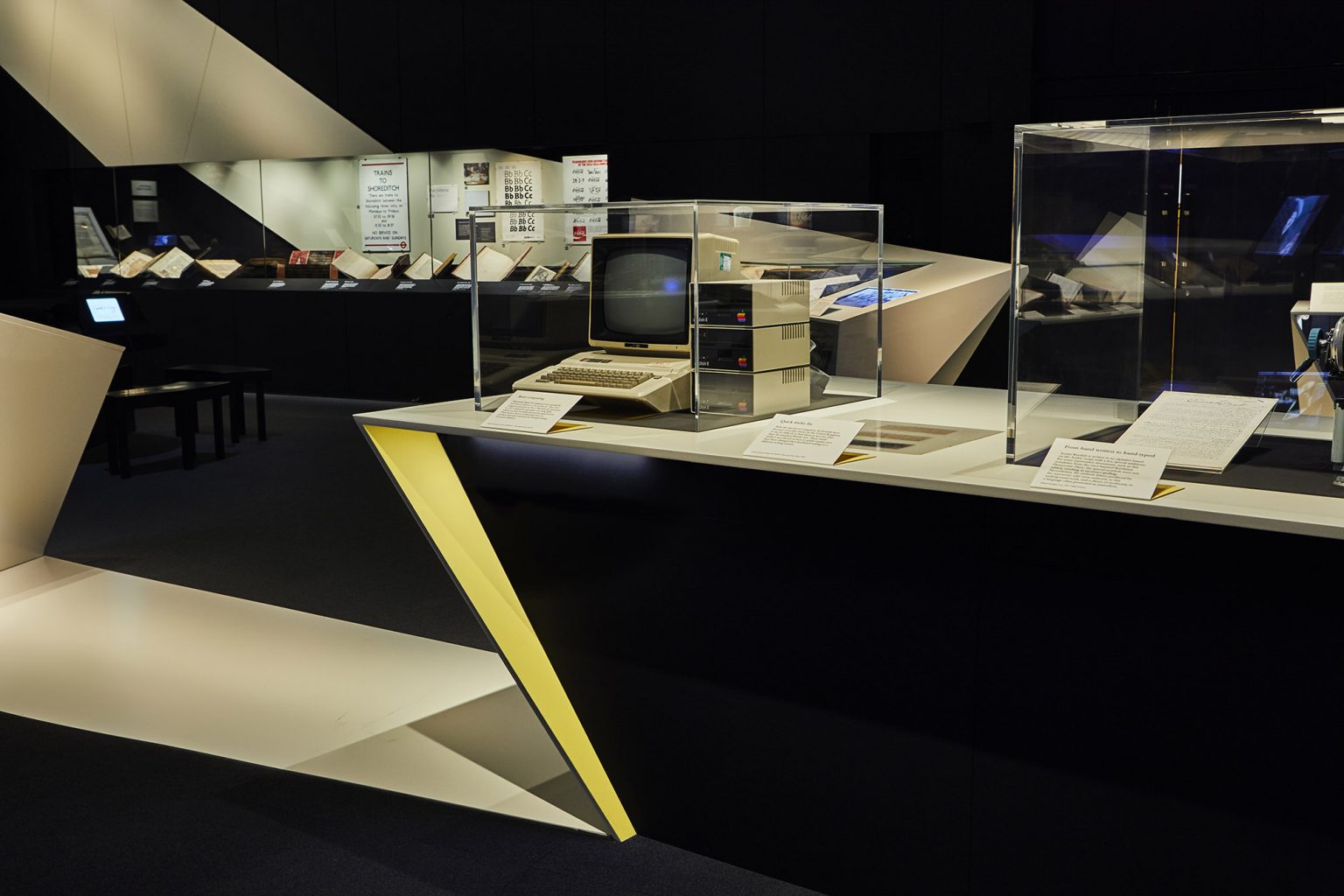 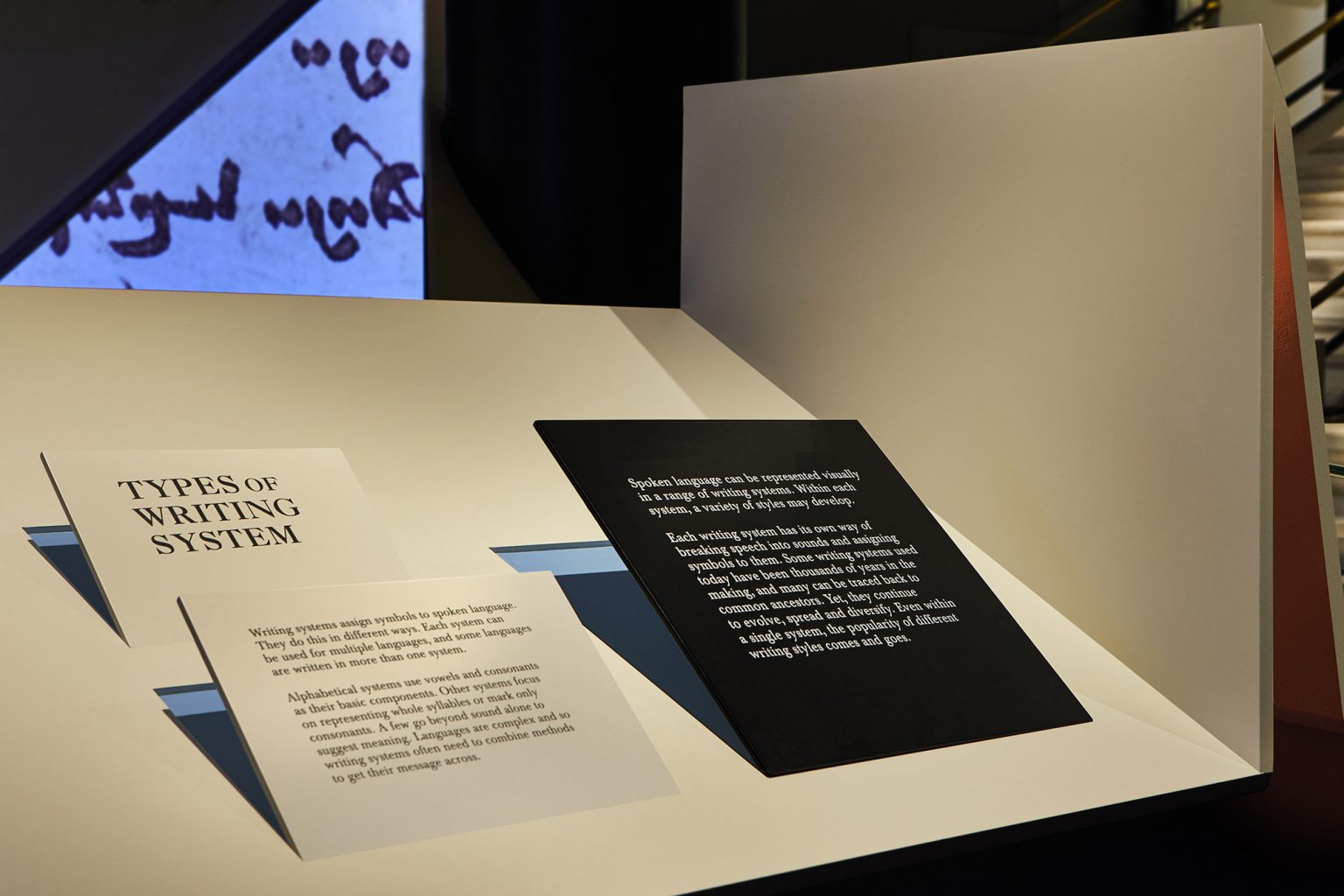 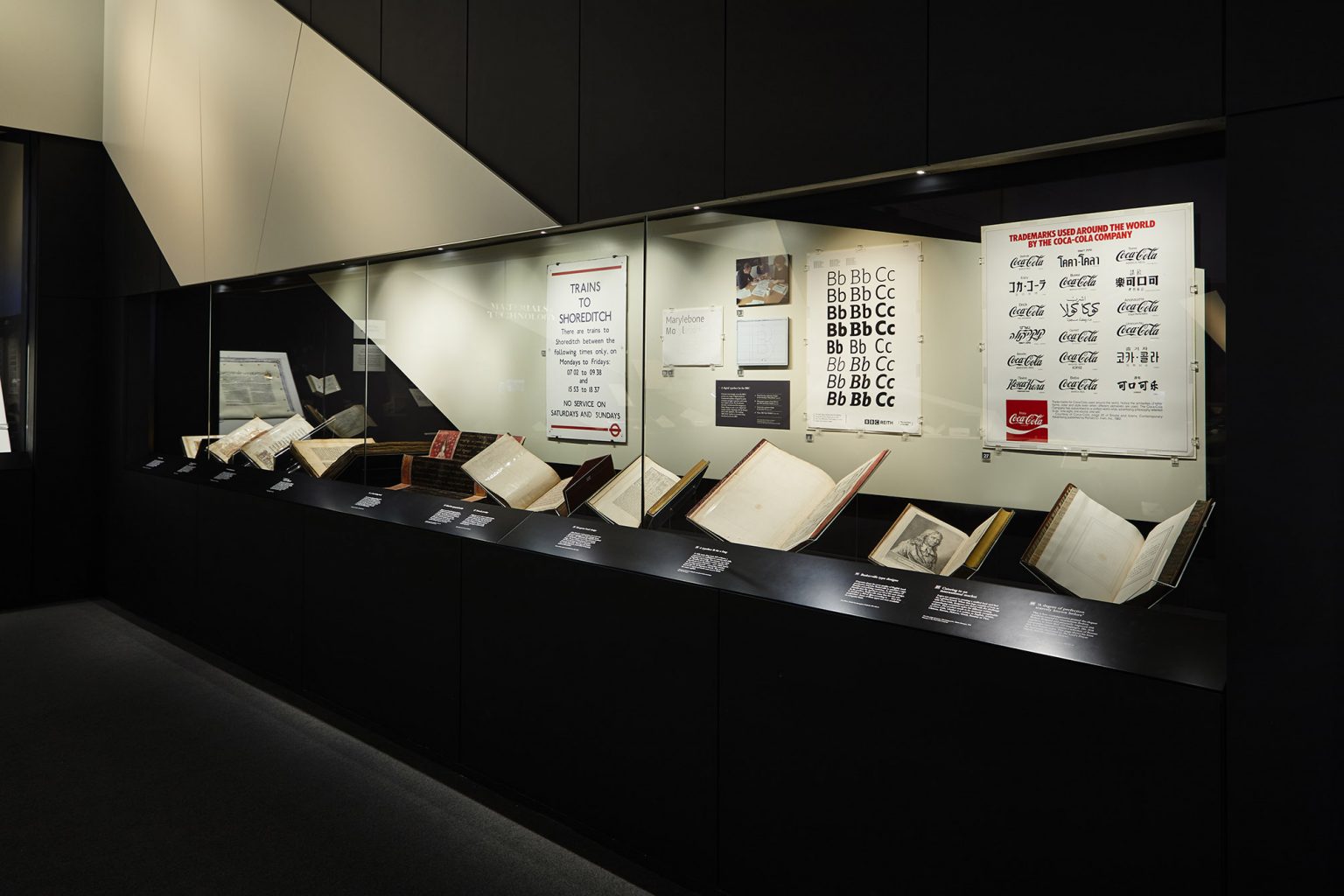 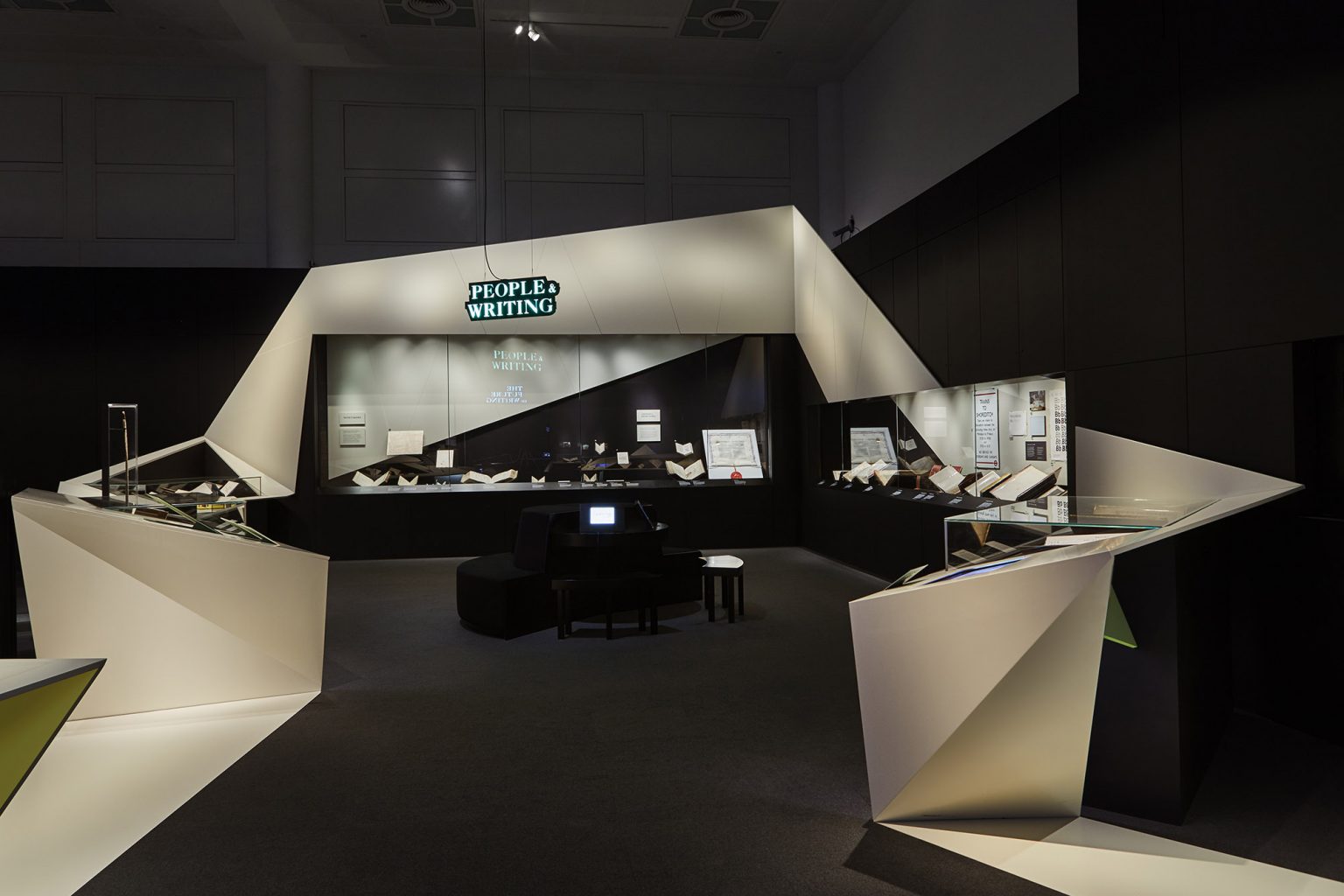 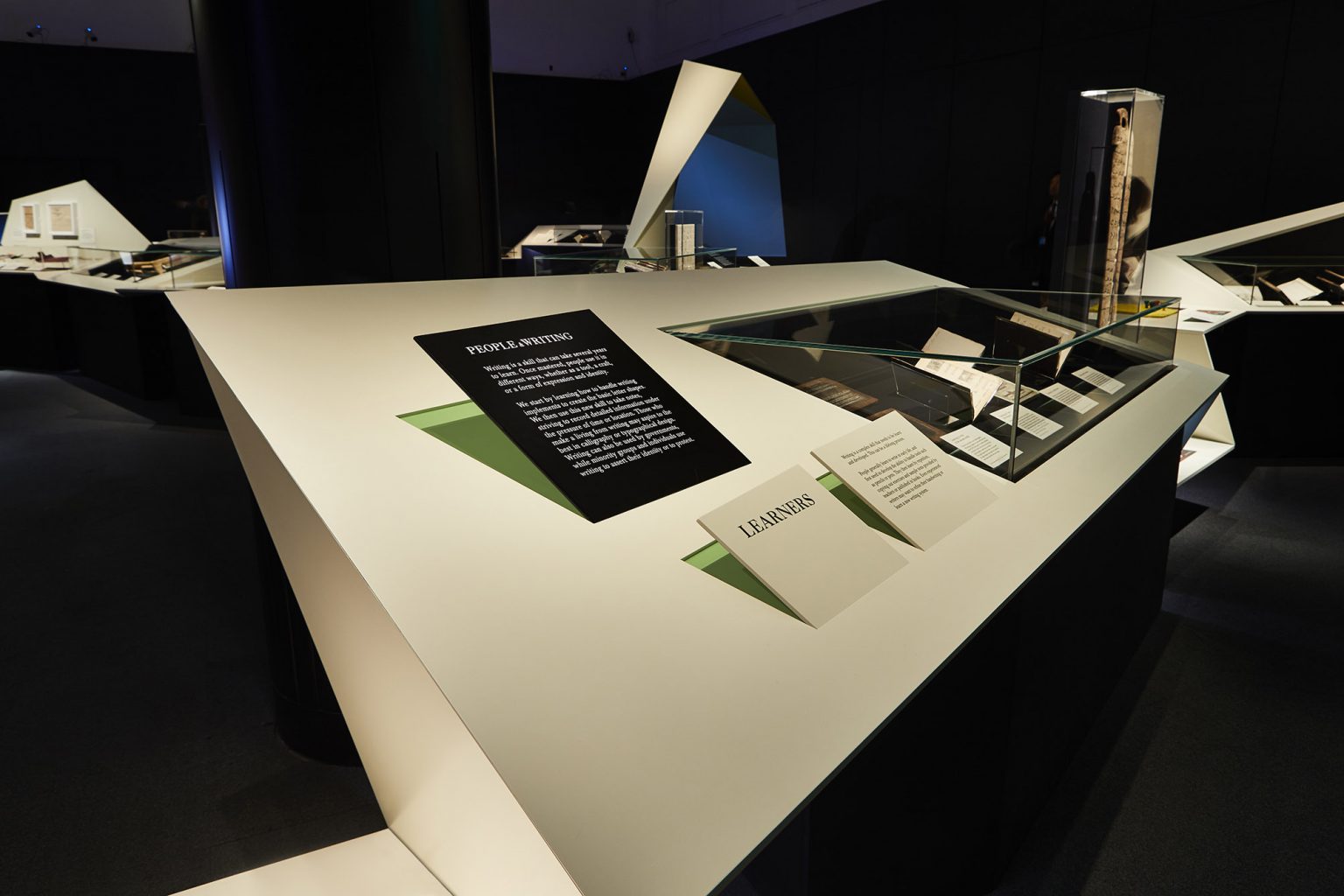 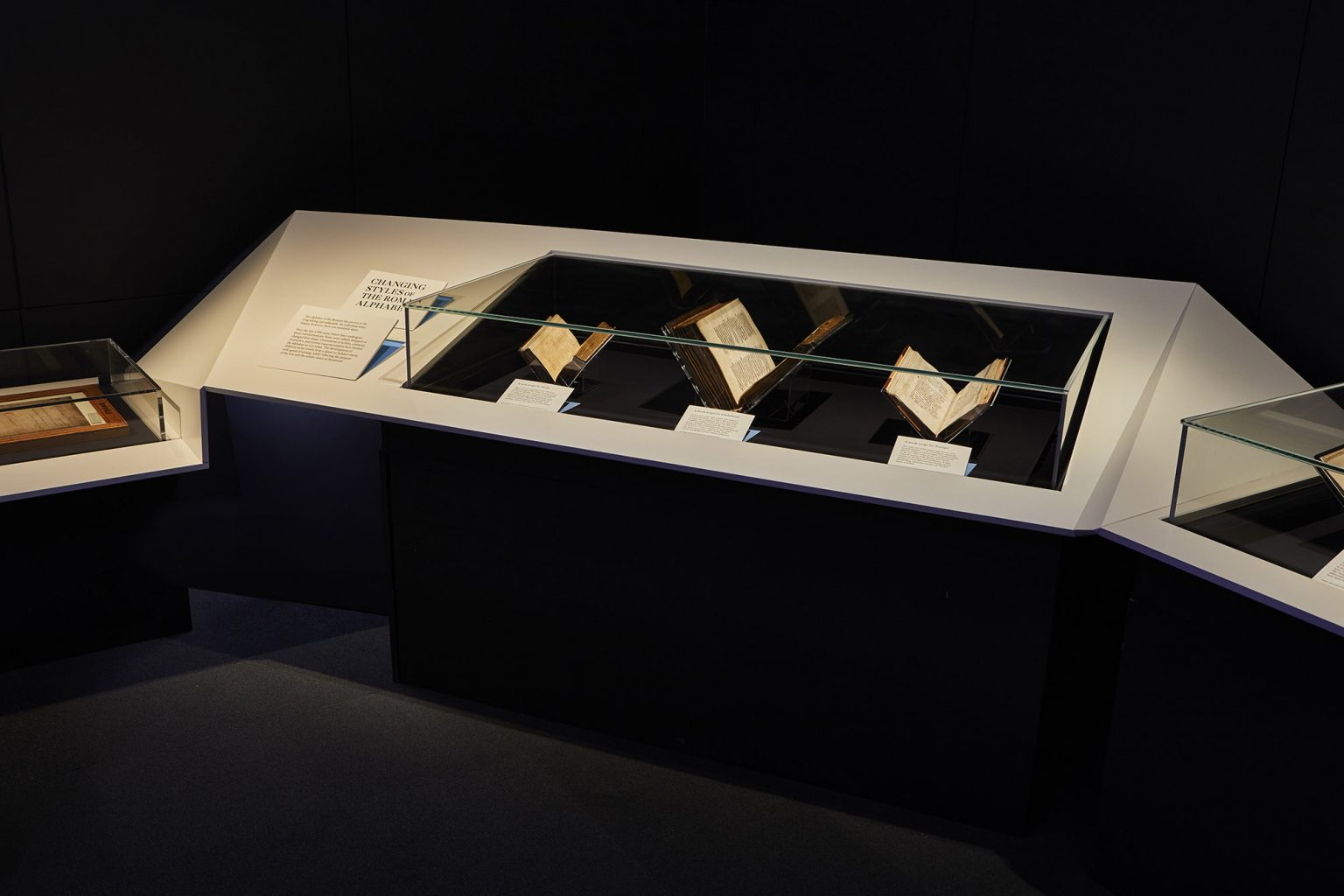 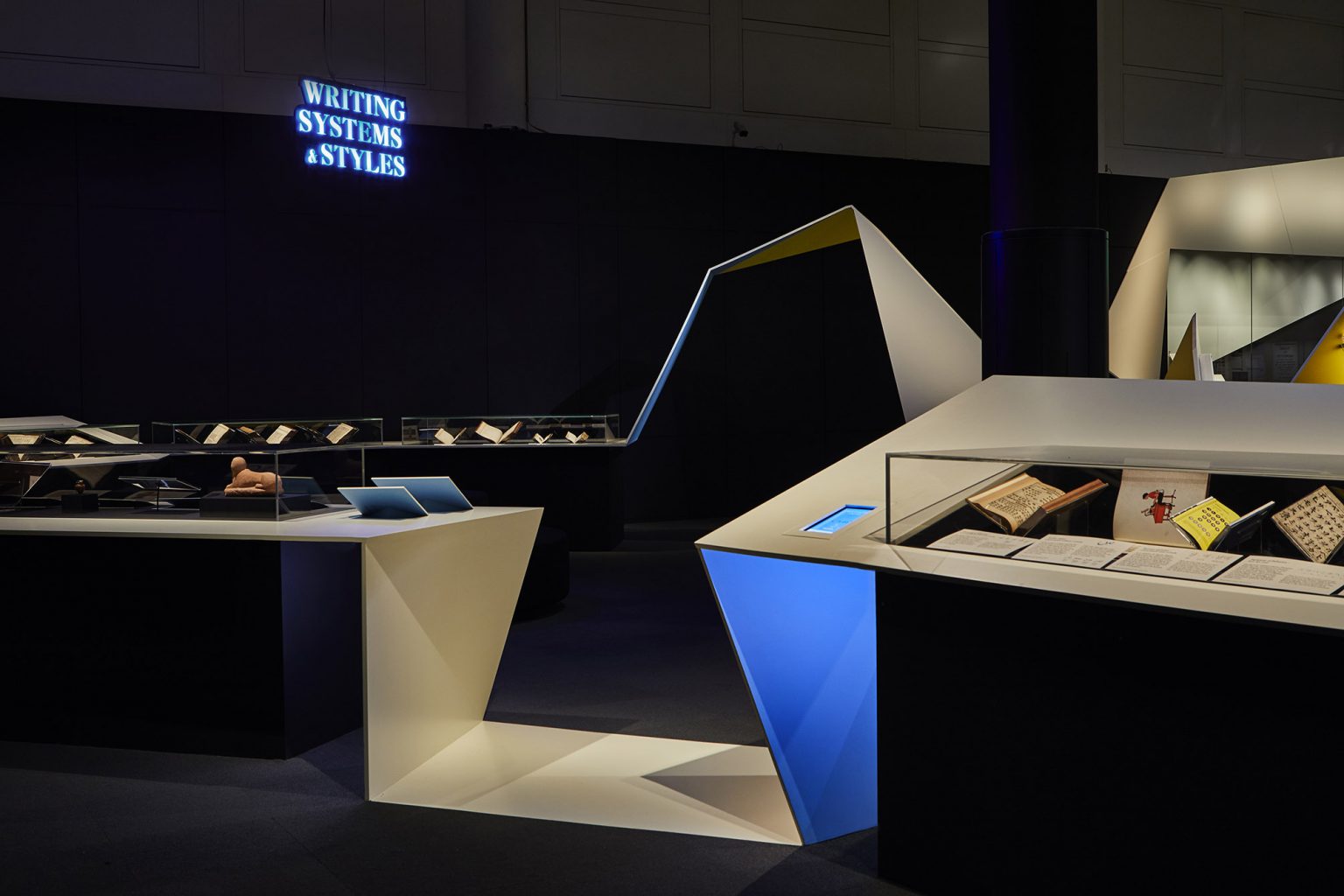 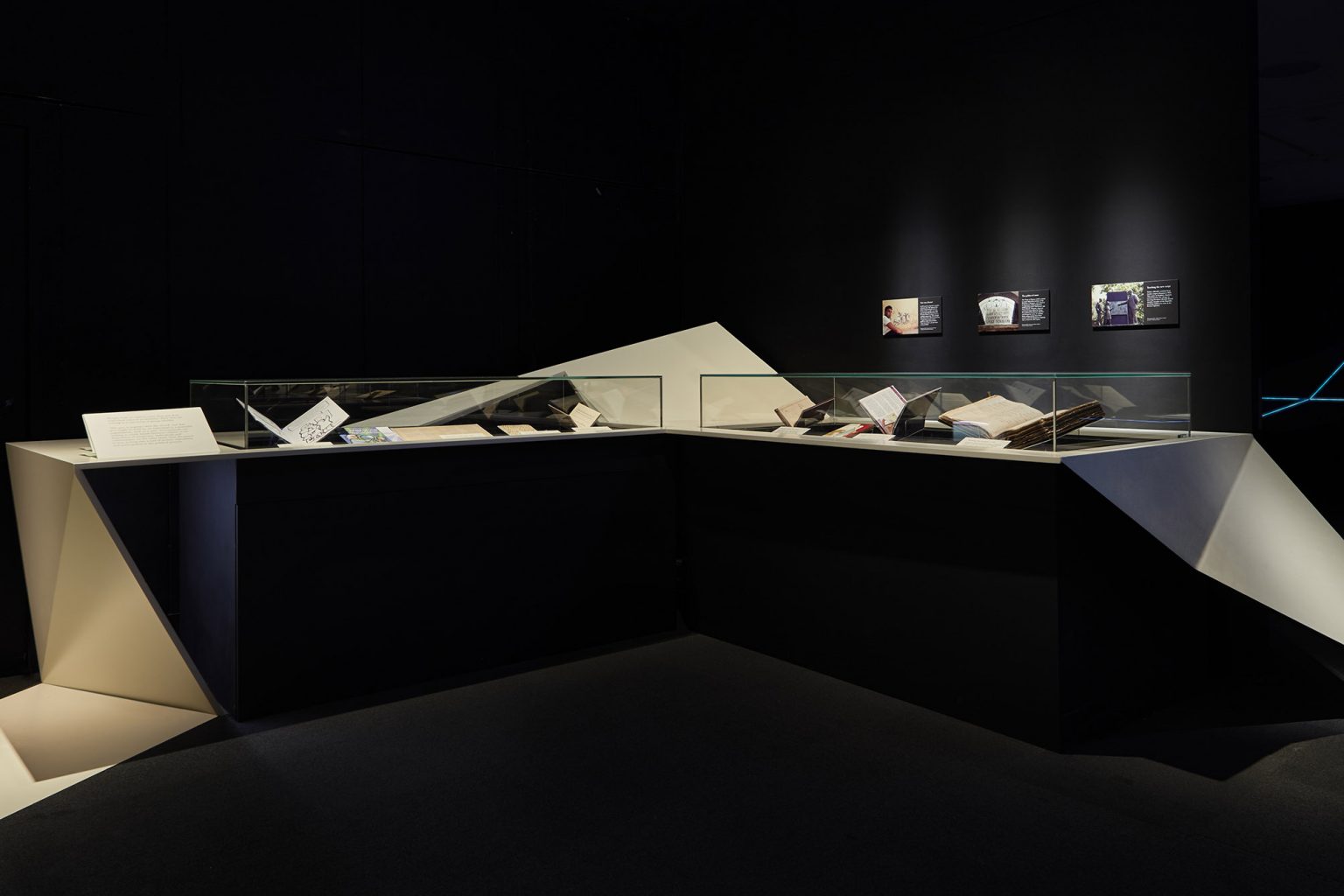 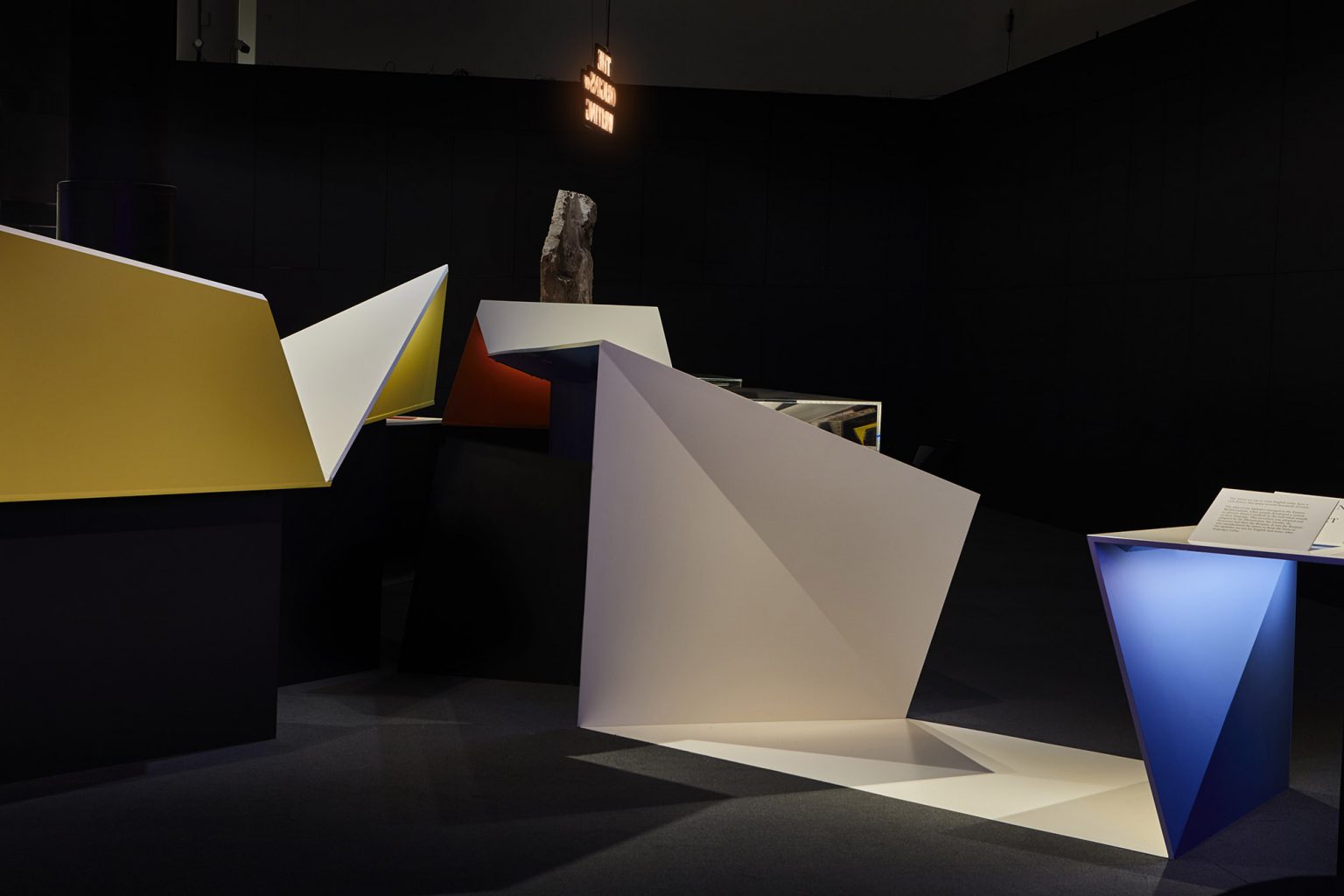 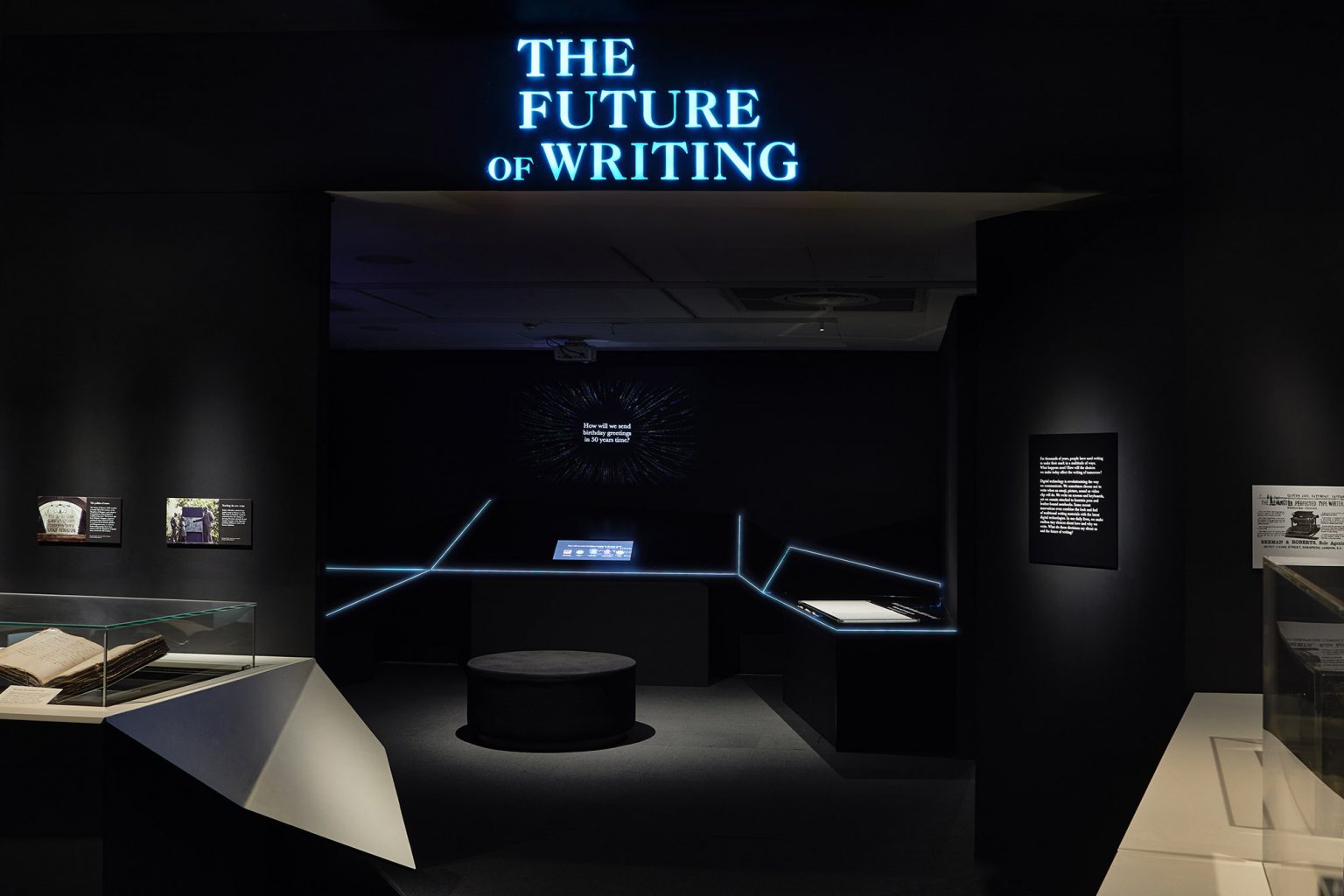 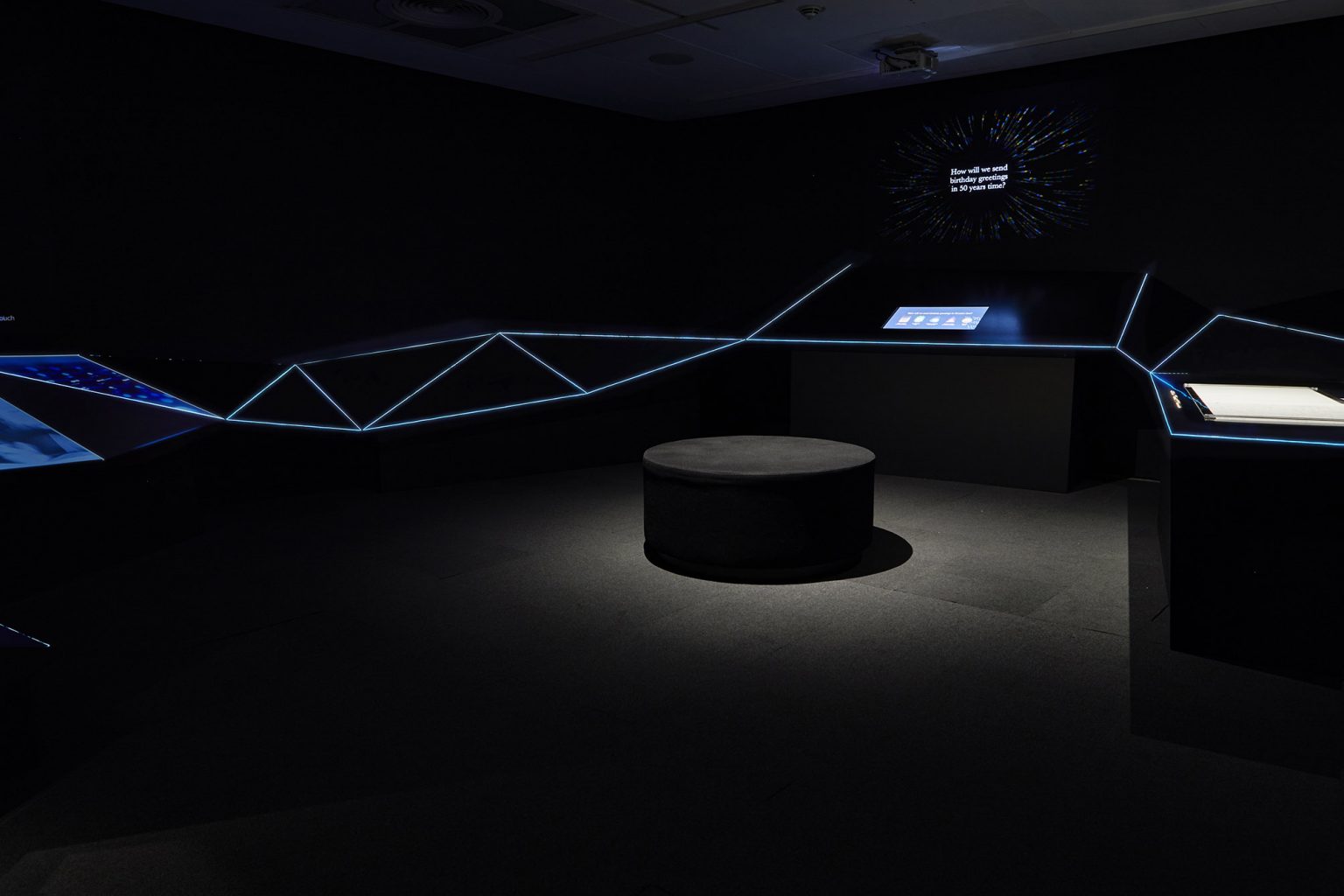 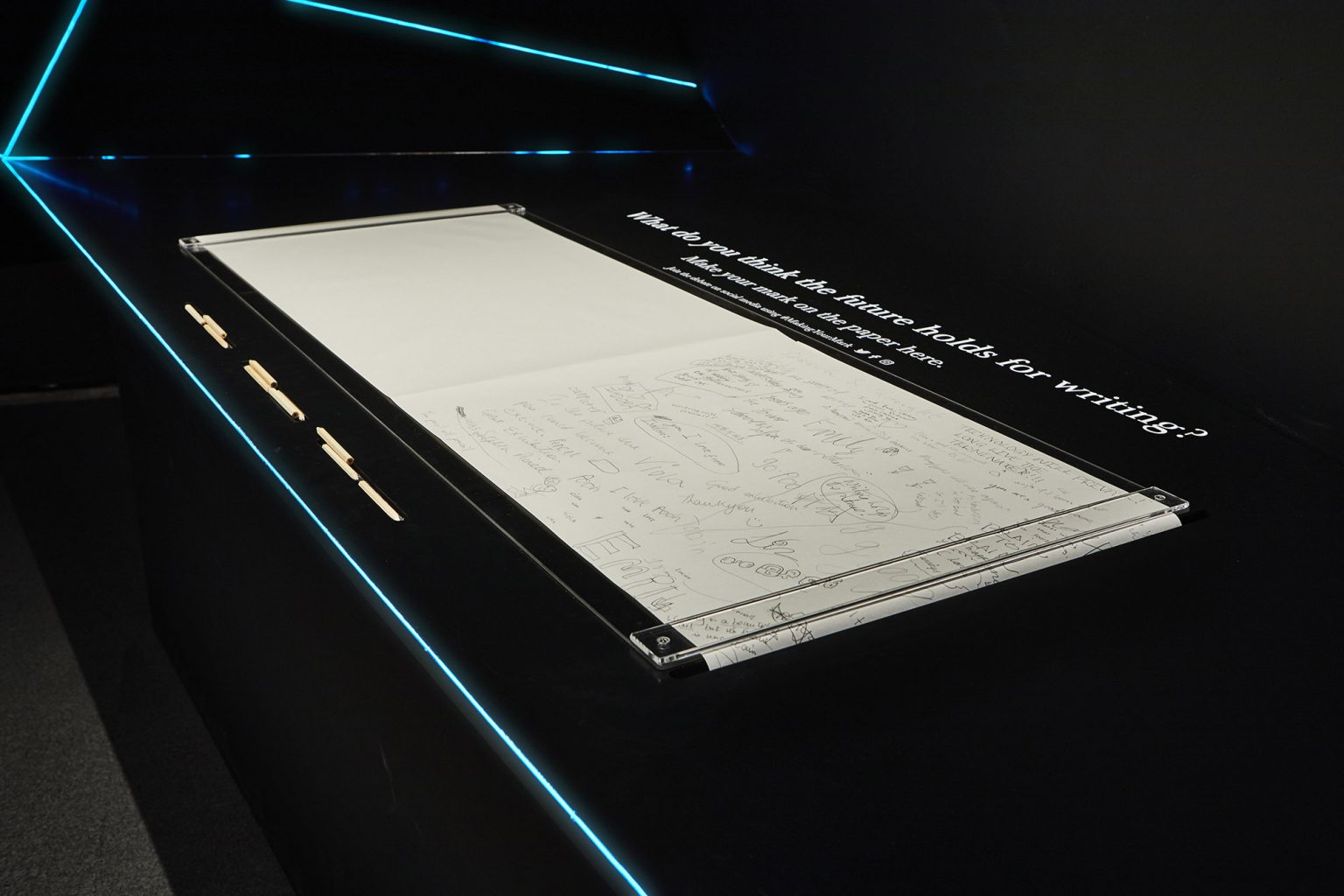 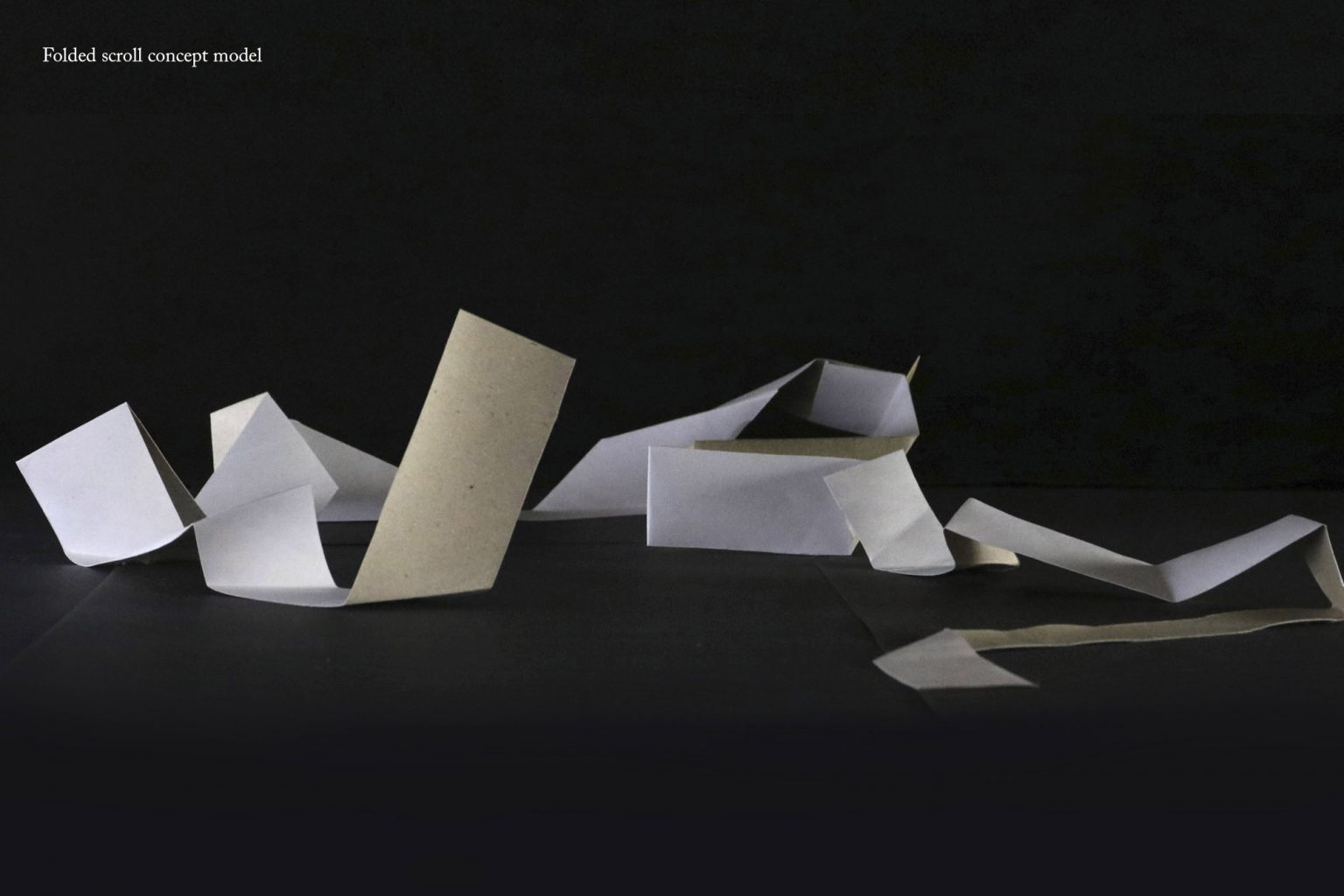 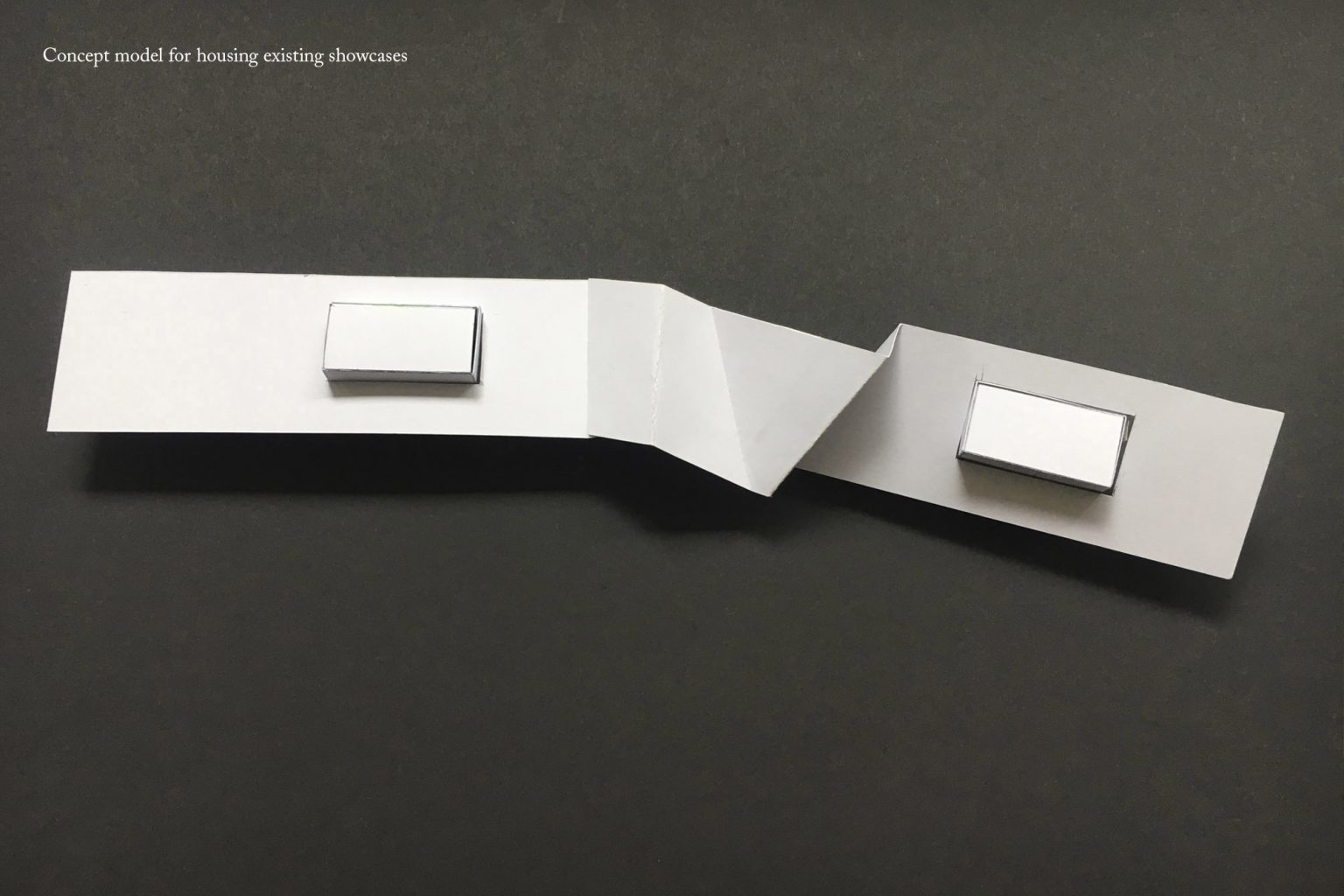